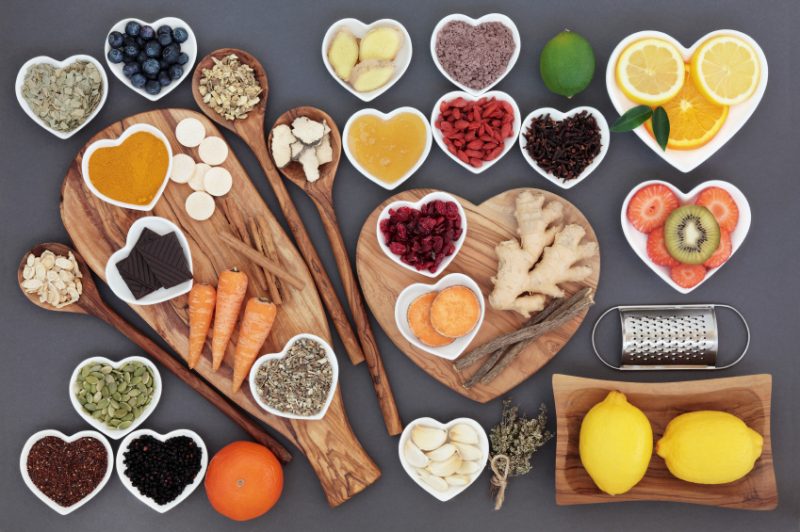 Japan Nutraceuticals Market Size
Japan nutraceuticals market has showcased steady growth in between 2011 and 2016 with recorded CAGR of ~% and revenues worth USD ~ million and USD ~ million in years 2011 and 2016 respectively. High demand for beauty and weight loss supplements in Japan acted as major driver for the nutraceuticals market in the country. The fact that Japanese people have been most health, beauty and body conscious in the world with an estimated average annual spending of USD ~ per household for health fortification purposes in 2012 helped nutraceuticals market players generate high revenue from the segment. Owing to the trend, the market has witnessed an increase in beauty supplements that range from whitening tablets to collagen drinks with honeysuckle such as DHC Collagen Powder, Brand’s Innershine Ruby Collagen essence Strips, Orbis collagen the beauty and Jelly and others over the years.

By Dietary Supplements, and Functional Foods and Beverages
Functional foods and beverages dominated the Japan nutraceuticals market with revenue share of ~% in 2011 and ~% in 2016. Supplements which have been observed to be consumed during old age have been observed to dominate the entire market owing to presence of increased geriatric population in Japan. Geriatric population is observed to consume functional foods and beverages at extensive rates for health issues such as cardiovascular diseases, diabetes, and osteoporosis. Moreover, aging population also helped the dietary supplements segment in its growth as it forced doctors and nutritionists to prescribe dietary supplements for imparting balance diet to the patient, hence driving the market for the segment.

By Distribution Channel
Mass merchandiser including supermarkets and hypermarkets holds the largest share in the distribution of nutraceuticals in Japan since the pharmacies and convenience stores principally accommodate only best selling products due to the limited selling spaces. Convenience stores (called Combini in Japan) accounted to a share of ~% in the distribution channels of nutraceuticals in Japan in 2016. Other major distribution channels include pharmacies, door-to-door sales, and mail orders.

Dietary Supplements Segmentation by Type of Supplements
Vitamins and minerals dominated the market with revenue share of ~% in 2016. Owing to high prevalence of vitamin deficiency in the aged population which led to health issues such as osteoporosis, back pain and osteoarthritis. As a part of treatment, doctors in Japan also prescribe the intake of vitamins and mineral supplements. Moreover, in young adults, a high intact parathyroid hormone concentration was also found in Japan due to vitamin D insufficiency, which adversely affects bone mass which in turn led to in-take of more vitamins and minerals supplements.

Functional Foods and Beverages Market Segmentation by Food Category
Health segment dominated the functional food and beverages market with a revenue share worth ~% in Japan functional foods and beverages market in year 2016. With quarter of population living above 65 years of age, Japan has witnessed the problem of deficiency of trace elements, which requires health supplements. The geriatric population of Japan is observed to be deficient of magnesium, zinc, selenium, copper, zinc, lithium, vanadium, and thiamine. ~% of the old age women were observed to be deficient of zinc during a study which included ~ subjects, conducted by La Belle Vie Research Laboratory, Tokyo in year 2015. Digestive and energy boosters segment captured second and third positive with revenue shares of ~% and ~% in 2016 respectively.

Competitive Landscape
Yalkult brand of Yakult Honsha Co. Ltd. is leading in Japan functional food segment of nutraceuticals market majorly due to trust factor associated with the company. Other major brands which are generating high revenue in functional foods and beverages segment of Japan include Aquaris, Oronamin C, Pocari Sweat, and Lipovitan D. However, among dietary supplements market Amway’s Nutrilite is observed to dominate the market majorly due to wide variety of products that it offers ranging from vitamins and supplements, energy drinks, weight management supplements to sports nutrition.

Future Outlook and Projections
Japan Nutraceuticals market is expected to grow at a CAGR of ~% during the forecast period owing to high awareness and economic stability to purchase expensive nutraceuticals. The demand for beauty enhancing products is anticipated to be high due to presence of beauty-conscious Japanese. The same could be judged from a fact that anti-aging products have gained high demand in the country with collagen being major ingredient of the supplements and collagen has been recorded to gain ~% demand in between 2007 and 2016. The trend of self-medication is expected to increase during the forecast period and hence more companies will launch more products which will lead in increased intake of the nutraceuticals.