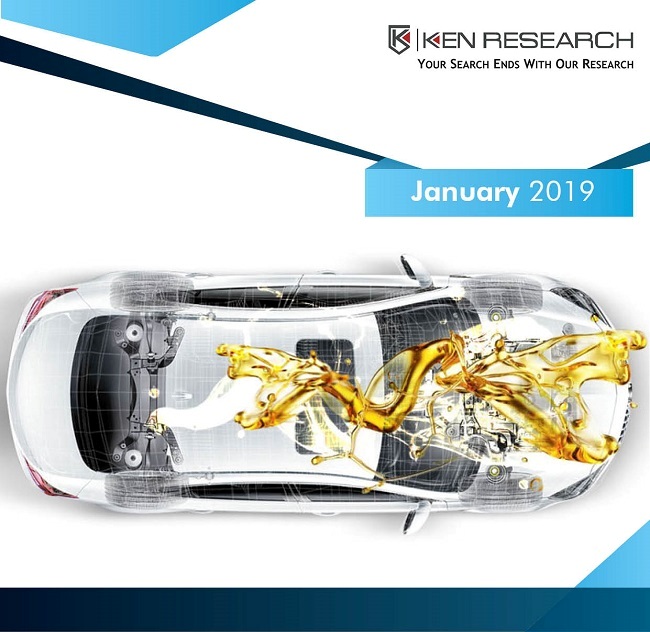 Algeria Lubricants Market Overview: Algeria lubricants market is presently in its growth stage. The market comprises of both domestic production and import of lubricants to meet the domestic demand for lubricants. There are 9 players in total that operate in the organized space including the government owned Sonatrach. The terrorist attacks near oil refineries in 2013 and the oil price shock during 2014-2015 negatively impacted the market during the period 2012-2017. However, increasing government expenditure to diversify the oil dependent economy through initiatives like National Vision 2030 and SH2030 are expected to keep the overall demand for lubricants growing in future. The lubricant sales in Algeria have declined at a negative CAGR during the period 2012 to 2017.

By Origin (Mineral, Semi-Synthetic and Synthetic Lubricants): In 2017, mineral lubricants dominated the overall sales for lubricants in Algeria. This is mainly due to their low retail price and easy refining process. This was followed by semi-synthetic and synthetic lubricants, which accounted for the lower volume share due to comparatively narrower scope of usage in end user applications.

By Type (Automotive and Industrial): Automotive lubricants dominated the market till 2017 with high volume of domestic sales in the country. They are required for rented, used and pre-owned vehicles. Industrial lubricants followed with a comparatively lesser volume share with construction sector being the largest end users. The remaining end users of industrial lubricants include manufacturing, power generation and other end user industries.

By End Users (Passenger Vehicle Lubricants, Commercial Vehicle Lubricants, Marine Lubricants and Aviation Lubricants): Commercial and passenger vehicles were the largest consumers of automotive lubricants in Algeria during 2017 and collectively accounted for majority of the market. This is due to the growing transportation and logistics industry and high existing domestic demand in households. The remaining volume share was of marine and aviation lubricants which were mostly imported from abroad.

By Channel of Distribution (OEM Workshops/Service Stations, Dealer Networks and Others): Dealer networks were the leading category under this segmentation with the highest volume share in 2017. This was mainly because of their expertise and knowledge which enables them to advice customers. This increases customer trust and makes dealer networks a preferred channel for sales. Service stations accounted for the second highest market share in 2017. The remaining market was catered by other channels such as supermarkets and online sales.

By Application (Hydraulic Oils, Industrial Gear Oils, Turbine Oils, Compressor Oils, Greases and Transformer Oils): Hydraulic Oils were the leading category with maximum share by volume in the market in 2017. This is due to their extensive usage in heavy machineries with hydraulic systems. Industrial Gear Oils, which are widely used in machineries operating under extreme temperature pressure, held the second highest share. This was followed by Transformer Oils and Greases. Compressor Oils and Turbine Oils held the lowest market shares because of fairly limited areas of application.

By End Users (Construction, Power Generation, Manufacturing and others): In 2017, construction sector witnessed the maximum consumption of lubricants in Algeria as it involves maximum usage of heavy machinery. The second and third highest market shares were of power generation and manufacturing sectors respectively. Power Generation sector primarily uses transformer oils and engine oils. The least share in the market was held by other industries like plastics, textile, pharmaceuticals and more.

Competitive Landscape: The competition in Algeria lubricant market is fairly concentrated. At present, the lubricants market in Algeria consists with 9 major players in the organized sector dominating the market. Among these, 3 companies account for almost entire volume share of the market. The government owned Sonatrach was the market leader in 2017 followed by Total, Petroser, Shell, Exol, Rebex, Lincoln, Liqui Moly and Bardahl. Competing parameters in the market include number and type of product variants, application areas and channels of distribution.

The lubricant market of Algeria is expected to grow at a positive CAGR during the period 2017 to 2022. This is primarily due to increasing government expenditure on infrastructure, health, tourism and other industries. The five year plan of government for the period 2015-2019 will witness an exorbitant investment of USD 262 billion into the Algerian economy to boost the non-oil sectors of the country which is expected to make industrial lubricants, the dominating category by 2022. Among industrial lubricants, the demand for lubricants in construction sector is expected to be the highest followed by power generation and other sectors like plastics, textile and pharmaceuticals. The volume share is expected to be the least for manufacturing sector in 2022.

By Type (Automotive and Industrial Lubricants)

By Channel of Distribution (OEM Workshops/Service Stations, Dealer Networks and Others)

By End Users (Construction, Power Generation, Manufacturing and Others)

By Channel of Distribution (Direct Sales by Companies and Workshops, Dealer network)

Time Period Captured in the Report:-

Key Topics Covered in the Report:-

For more information on the research report, refer to below link:-