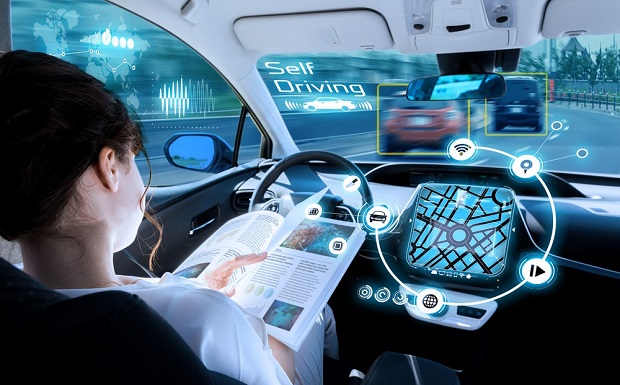 A self-driving car refers to those car in which the requirement for driver not a compulsion whereas, it is also known as an autonomous car or robotic car which has combination of, radars sensor, cameras, artificial intelligence and GPS system to travel between destinations without the requirement of any human drivers. The market of self-driving car in Asia Pacific region is further divided based on applications, automation, and technological components. However, the application sector is also characterized into personal use and commercial use. Autonomous cars have gained enough hype in Asia-Pacific. Enormous tech companies such as Alibaba, Baidu, Didi Chuxing and Softbank are participating on the self-driving cars in the expectation to capitalize soon. Additionally, the key players of this market in the region is dominating the handsome amount of market share respectively with their effective functioning which become further profitable for leading the fastest market growth in the near future.

According to the report analysis, ‘Asia-Pacific Self-driving Car Market (2018-2024)’ states that some of the major companies which are recently functioning in this market for acquiring the huge market share by doing more developments in the technology of self-driving car includes Apple, Microsoft, Toyota, General Motors, Volvo and several others. Moreover, it is anticipated that the self-driving car would decrease car crash by 90%. The Asia-Pacific self-driving car market is to enlarge at a CAGR of 58.7%, important to global revenue of USD 44.7 Billion by 2024. In addition, basis on the automation, the self-driving automation levels are characterized into semi-autonomous, and fully autonomous. Semi-autonomous cars are controlling the automation sector. Whereas, by 2020, car-manufacturers objectives to establish full autonomous cars. By 2017, 29 Million new cars were sold in China and it is predictable to reach 37 Million by 2025. It is anticipated that approximately 25% of new cars manufactured would be level 2 and level 3 by 2025.

Self-driving cars will be owned personally as the sector of application is split into personal and commercial use. However, over-time many auto-manufacturers, automotive technology benefactors and ride sharing providers are employed to offer self-driving taxi. For instance, Yandex Taxi has announced two self-driving cabs in the Russian city of Innopolis which has a populace of 300. The self-driving car Market segment based on numerous technological mechanisms that are used in autonomous cars such as radar, lidar, automotive vehicle camera, ultrasonic sensor and GPS navigation system. Since the region is extremely disposed to traffic crash, radar-based driver assistance system is previously organized in the car for safety determination. Singapore is the foremost country in APAC (Asia-Pacific) to implement 79 GHz band for the short-range radar (2007), as the region have major safety concerns. Approximately, an average of 645,000 road accidents takes place every year. 90% of road accidents are happen due to the human error. Self-driving or autonomous car will perform as a driving feature to reduce the accidents and develop vehicle protection. Therefore, in the near future, it is expected that the market of self-driving car in Asia pacific region will rise more significantly over the recent few years with an effective investment by the new entrants in the development.