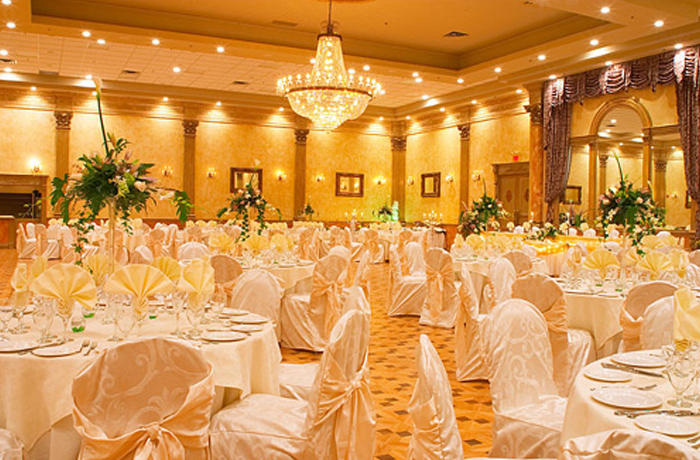 Wedding/celebration halls industry in Saudi Arabia has witnessed significant growth over the past five years. As of 2016, there are ~ hotel ballrooms and ~ private wedding halls in Saudi Arabia. Number of marriages in Saudi Arabia has inclined from ~ in 2015 to ~ in 2016 as per Ministry of Justice, Saudi Arabia. Furthermore, approx. number of licensed corporate events held in the Kingdom inclined to ~ from ~ in 2015. The number visitors of such licensed corporate events exceeded ~ million in 2016 as per Saudi Exhibition and Conventions Bureau (SECB). Supported by these factors, the market size for wedding/celebration halls in Saudi Arabia has enhanced from SAR ~ billion to SAR ~ billion in 2016, registering a CAGR of ~% during the period.  Weddings and various corporate events such as conferences and exhibitions generally remain popular throughout the year. However, from one month before Ramadan till Id-ul-Fitr the numbers of weddings fall as this period is considered as ‘Low-season’ for weddings in the industry.

During this season, Iftar and Sohour parties (corporate + private) are significantly popular and are considered as lucrative revenue streams by hotels and wedding halls in the country. The fourth quarter, especially the month of May is the peak season for different types of business events and exhibitions.

Unique offerings and services in the industry may vary from hall to hall. Hotels in the country provide complimentary suite to the newlywed couple for overnight stay. Some hotels also provide the bride with a special bridal suite and 2 girls who help them get ready for the marriage. On the other hand, a few hotels including Al-Faisaliah           also provide personalized wedding planning service. Private wedding halls also provide a separate room for the bride and the bridesmaid to get ready for the function.

Growing wedding halls industry has positively affected the Photography studios market in Saudi Arabia. Number of clients asks their wedding planners to hire photographers for their weddings. Apart from this, large corporate events like product launches and exhibitions generate significant demand for photographers in the Saudi Arabia. Riyadh is considered as the largest market for wedding/celebration halls in Saudi Arabia. It has accounted for the highest share of ~% in the market generating revenues of ~ million during 2016.

Geographic Analysis Of The Industry

Riyadh is considered as the largest market for wedding/celebration halls in Saudi Arabia. It has accounted for the highest share of ~% in the market generating revenues of ~ million during 2016. As of 2016, Riyadh comprises of highest number of ballrooms and private wedding halls in Saudi Arabia. Moreover, the average ticket size of corporate events and weddings is higher in Riyadh compared to other provinces.

Jeddah has accounted for the second highest revenue share of ~% in the market for wedding/celebration halls during 2016. During the year, wedding/celebration halls in Jeddah have registered the revenues of SAR ~ million. In 2016, ~ marriages and ~ corporate events (licensed activities, including exhibitions, forums, conferences, workshops and meetings) were organized in Jeddah. As of 2016, there are ~ hotel ballrooms and ~ private wedding halls in Jeddah. Ritz-Carlton, Jeddah, Jeddah Hilton and Leylaty are the major ballrooms in the area. On the other hand, Queens Wedding hall, Rose Wedding Hall, Majesty Hall and Palazzo Ballroom are the top private wedding venues in Jeddah as of 2016. Average capacity of halls in Jeddah is similar to the halls in Riyadh. Hotel ballrooms in Jeddah have average capacity of ~ while private wedding venues can fit around ~ people. Average ticket size of ballrooms is SAR ~. On the other hand average cost per person in private wedding hall of Jeddah is SAR ~

The entire Eastern Province of Saudi Arabia has accounted for a revenue share of ~% in the market for wedding halls during 2016.

Topics Covered in the Life

To know more about the publication, click on the link below-